Following Freddie’s fantastic win at the World Championships in Paris two weeks ago, he has consolidated his supremacy in the Slalom event with a Gold medal at the E & A Championships in Gmunden, Austria over the weekend. 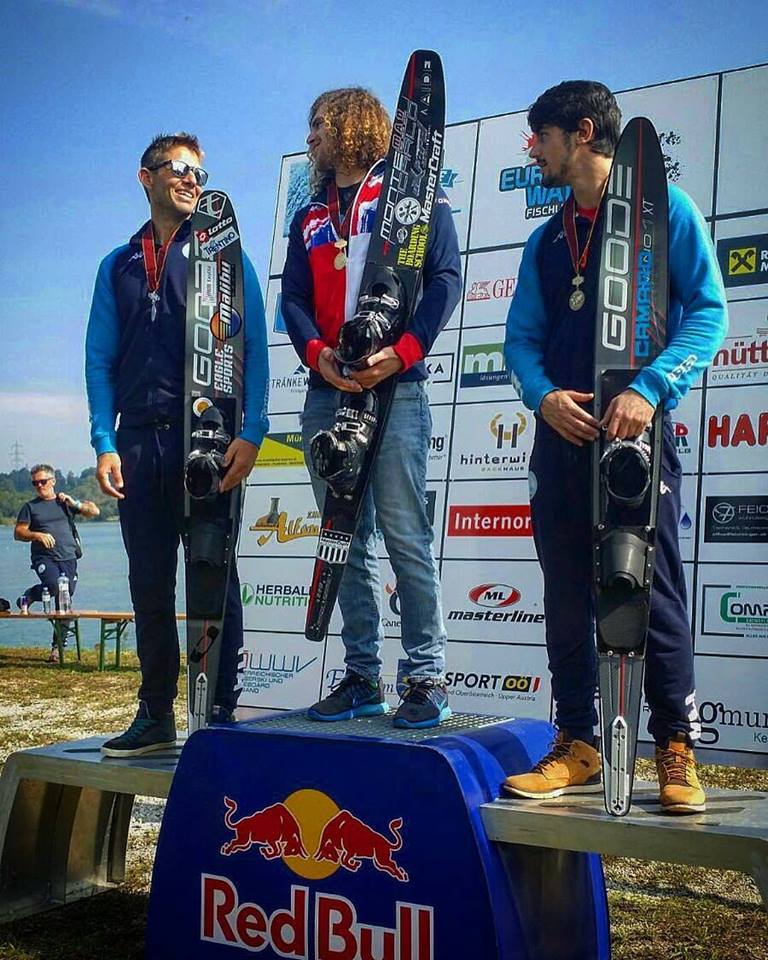 This is a very rare double win, only achieved by a few giants of our sport in the past and becoming increasingly more difficult as Europe and the World’s best Slalom skiers approach what is seemingly an impossible short line only just allowing them to round the buoys.

Freddie positioned himself very well in the preliminary round in 2nd place, with 3 buoys at 10.25m with only Thomas Degasperi from Italy beating him with 5 buoys on the same line length.

The final however is always a different game, and this is the one that counts.

Freddie was 2nd to last off the dock with the current best score of 2@10.25m held by both Brando Caruso of Italy and Daniel Odvarko from Czechoslovakia.

Freddie cruised the 10.75m line and went on to score 5@10.25m, a score that would have won every single previous European and World title in the history of our sport.

At that time you could have said that this will be the winning score, but still on the dock was Thomas Degasperi a previous World and European Champion who was more than capable of equalling or beating that score on a normal day, but this was the final, and other things play a part, not to mention that to beat Freddie he too would have to go further than any other Slalom skier has done in a European or World final.

That was too much to ask for Thomas who only managed 2@10.25m winning the Silver medal on countback from Brando Caruso, also from Italy, with his preliminary round score.