Freddie Winter 2nd at the US Open

For the first time since 2015 the US Open was held on Thursday 12th and Friday 13th August, in Wilmington, Illinois, with Freddie taking silver . . . 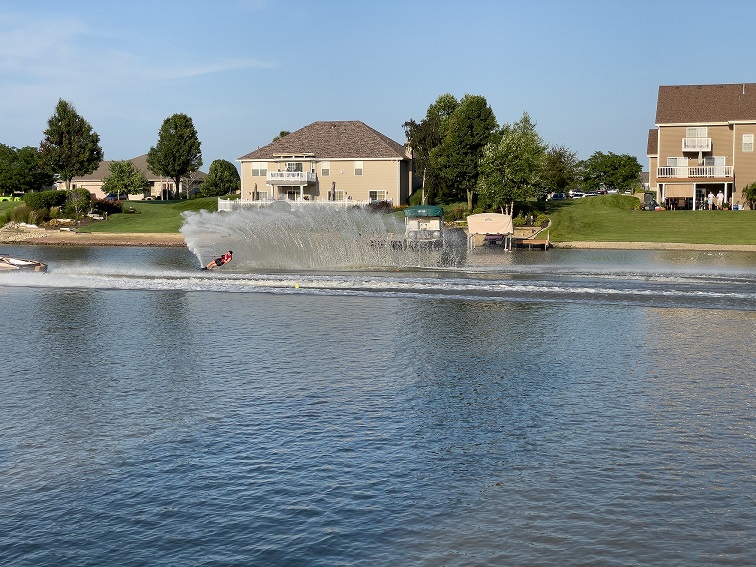 The slalom preliminary round took place in windy conditions with 22 men competing for just 5 places in the final. Freddie qualified with 2@10.25m.

Freddie was 4th off the dock and had a leading score of 5.50@10.75m set by Italy’s Thomas Degasperi to beat. Freddie scored 1@10.25m to take the lead.
Nate Smith (USA) was last off the dock and snatched the top spot with 4.50@10.25m to win the Open with Freddie taking silver. GB’s Will Asher finished 7th.

GB’s Jack Critchley competed in the jump and was one of 5 skiers out of 12 to go through to the night jump final, with a distance of 66.9m.

The men’s jump final took place in the dark with a bank full of water ski fans treated to some huge distances for night jumping.

Jack went 66.8 metres taking him into the lead with Taylor Garcia (USA), Dorien Llewellyn (CAN) and Freddy Krueger (USA) left to go.

Jack finished in 4th place behind some stiff competition from Dorien, Taylor and Freddy. Special shout out to Freddy for winning with a huge 69.8 metres.

The US Open is part of the Waterski Pro Tour. Freddie Winter is currently in the lead in the men’s slalom with 165 points ahead of Nate Smith (145). Will Asher is sitting in 4th. Jack Critchley is 3rd in the men’s jump standings.