Three teenagers from the club at South Cerney near Cirencester have taken part in a barefoot ‘World Championships’ with a difference . . .

Ryley Riordan Joy (14) and brothers Henry (13) and Ben (17) Sullivan represented GB in slalom and tricks at their home lake on Saturday 19th September in tricky conditions. 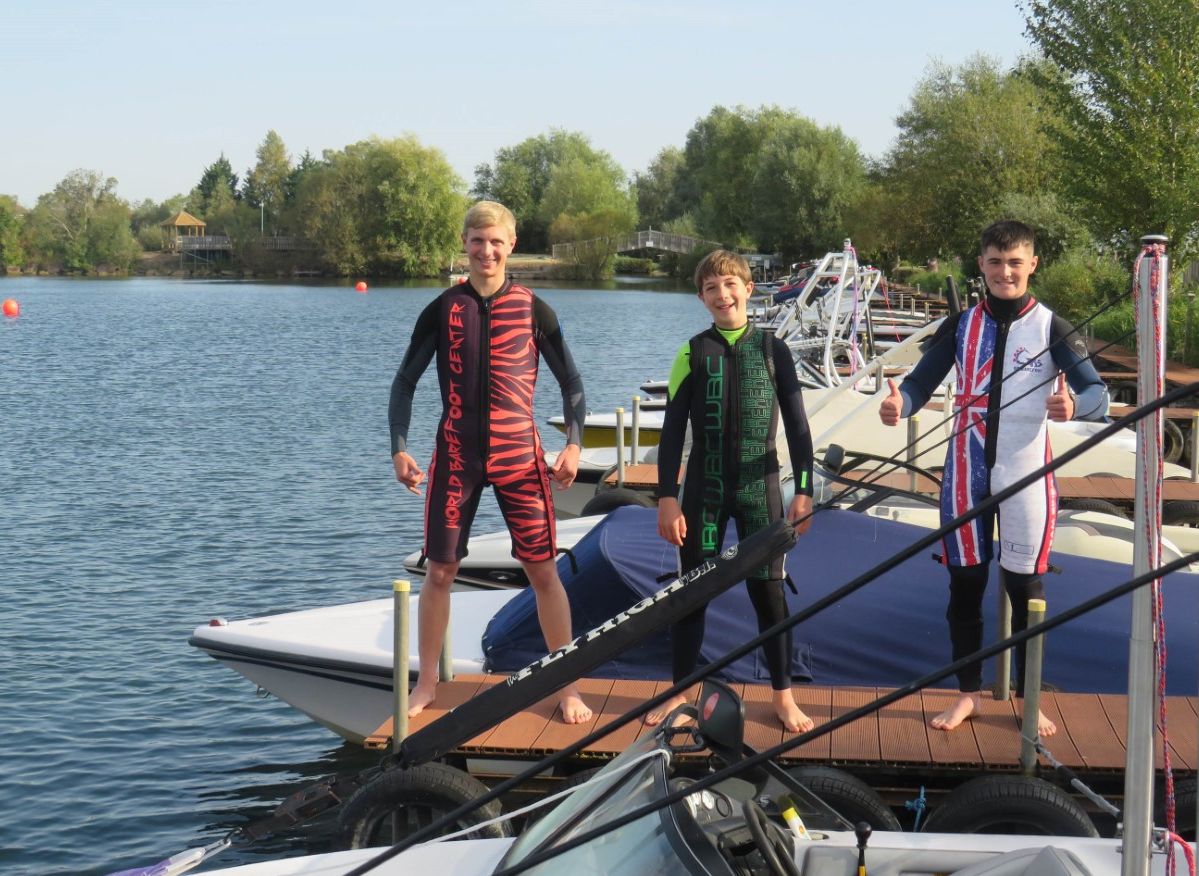 The boys on the jetty in their gear

Officially, it can only be called a world tournament and not a World Championships since, for the first time it is being held at different locations across the globe and on different dates.

The biennial Junior World Championships were due to take place in Australia in April but fell victim to the coronavirus pandemic. With travel restricted, the IWWF Barefoot Council came up with a plan to allow each country to host its own competition any time between 1st September and 20th December, with IWWF accredited officials on site. The skiers’ runs are filmed and submitted for online judging.

The results will not be announced until January to allow the Australians to hold their competition in the southern hemisphere summer. 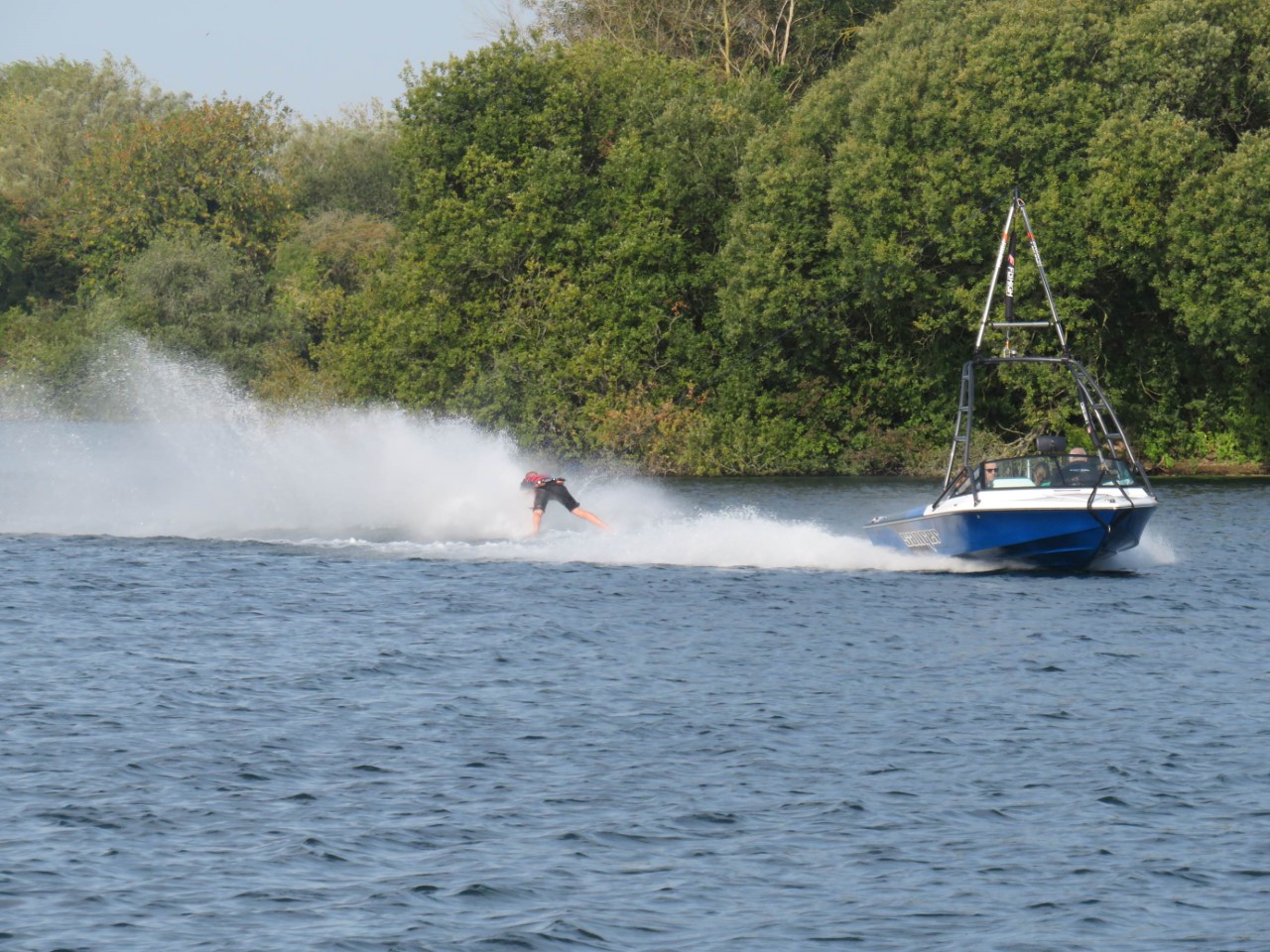 “It was great to run our first competition for this rather strange 2020 and to see some real talent on the water,” said the GB Team Manager, Paul Turner.

“We had some challenging water conditions for the boat driver as well as the skiers, but despite this the skiers put up a great show. We would really like to thank the Cotswolds Water Ski Club for hosting this event for us and a special thanks to Maggie Curtis for organising the day.” 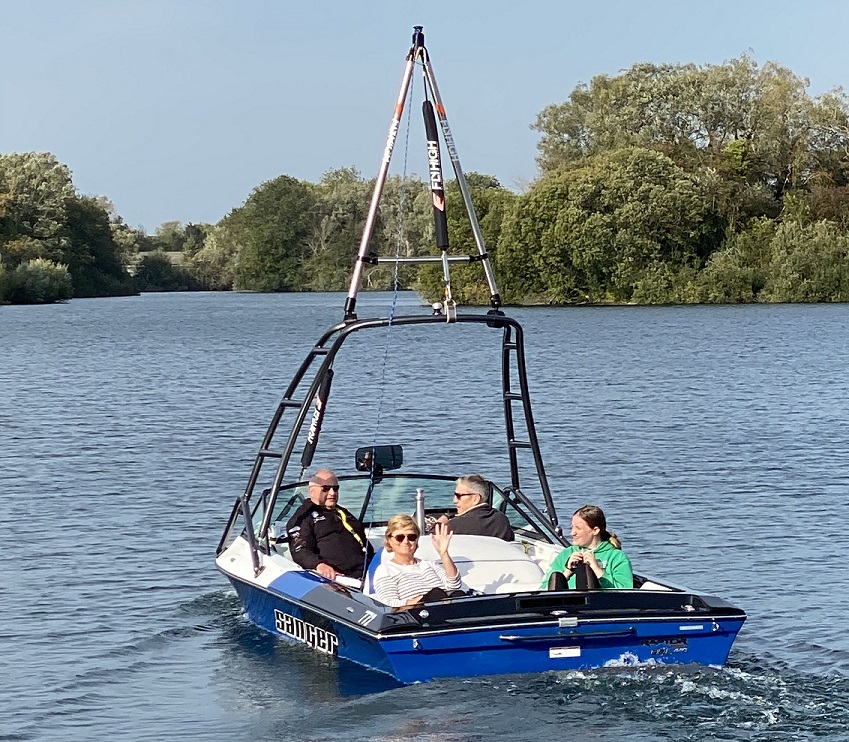 Boat with all four officials

Driver Rod Beattie said it was a great day, thanks to the very friendly and accommodating Cotswold Barefoot Team.

“Really proud to drive for the (Virtual Video’d) World Junior Barefoot competition especially driving the only Barefoot Sanger in the UK. What a beautifully butch boat to drive. Thanks Maggie and Mark. Well done to all the competitors - great work out there.

“The boys did really well – the conditions were tough – choppy water, gusty wind, but they focused and skied their very best – warmly supported by CWSC members all “socially distancing” from the lakeside! Allan Dawson did an amazing PA job keeping everyone entertained and informed.” 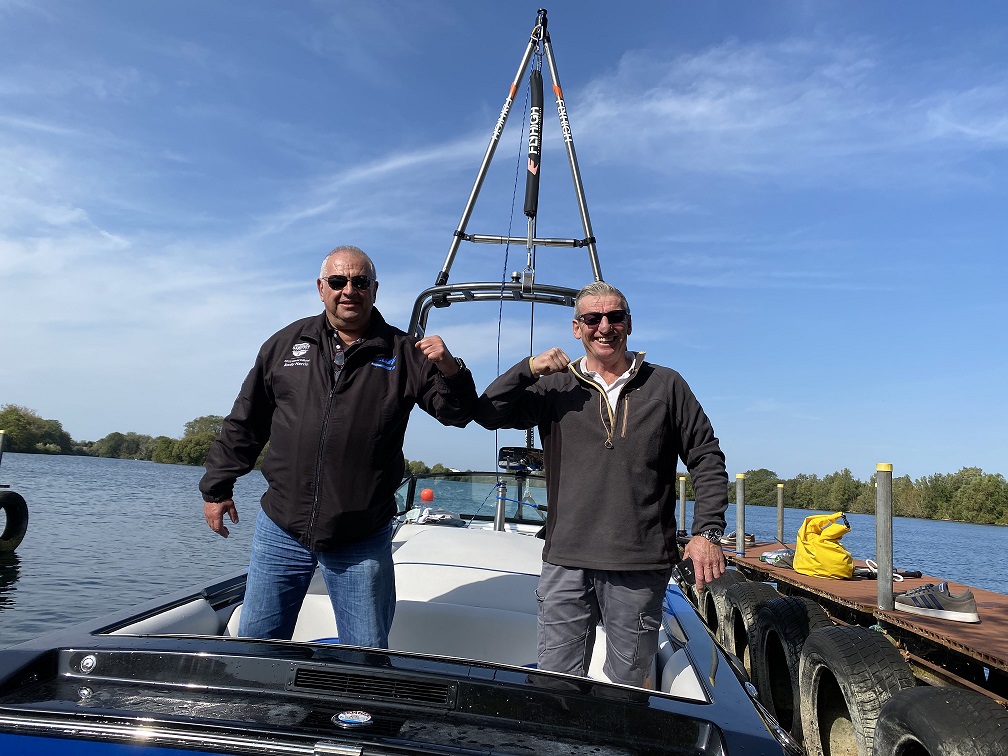 The GB boys seemed to enjoy it.

“The whole team performed incredibly well given the windy conditions and I would like to wish all the other junior world teams the very best of luck."

Henry Sullivan said: “After the comp I felt tired and very relieved it was over after all the training we did, and I skied my very best.”

Ryley Riordan Joy said: “It was really fun and really scary at the same time, but overall a great experience, my first ever world championship!”

A special thanks from us to judge Andy Harris, driver Rod Beattie, the two official video recorders Maggie Curtis and Catherine Jones, and everyone involved in making the competition happen. 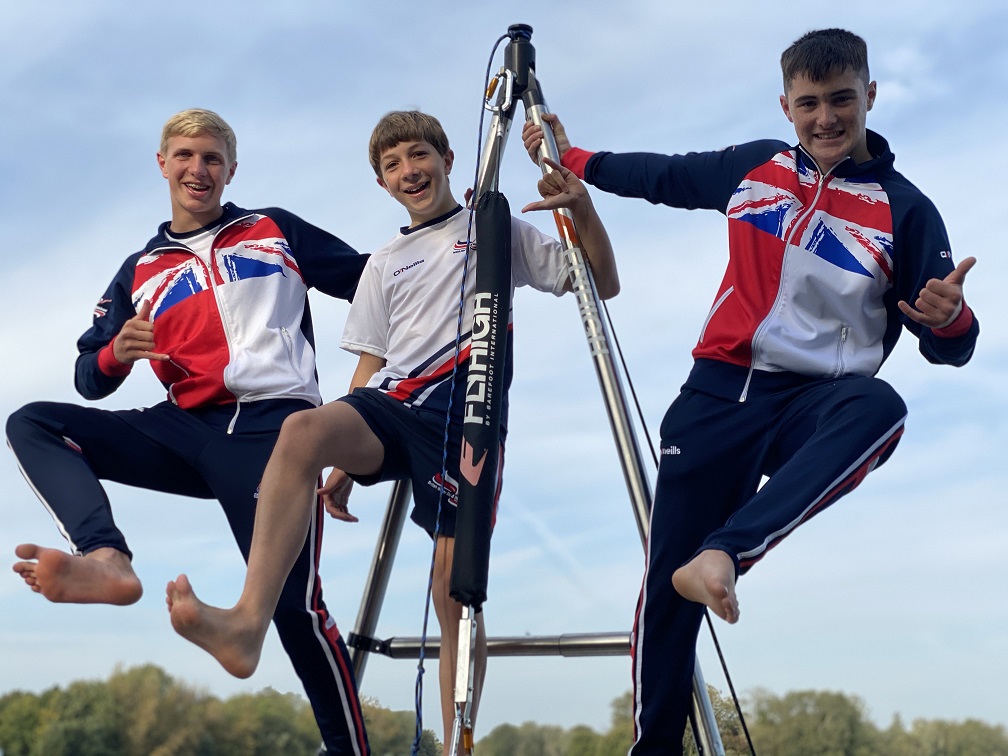 The boys posing on the boat