GB Medals at the Europe and Africa +35 Championships

Congratulations to Hilary Winter, Mark Beard, Kelly Atkins and Chantal Clements, who all made the podium at the Europeans in Ioannina, Greece, on Sunday, 24th of July, with some impressive skiing.

“I’m really happy because I was really nervous before I went out and I hate being the last off the dock knowing what I have to do”, said Hilary as she came off the water after winning gold. “It’s a beautiful lake and great people here, it's a really good competition”. 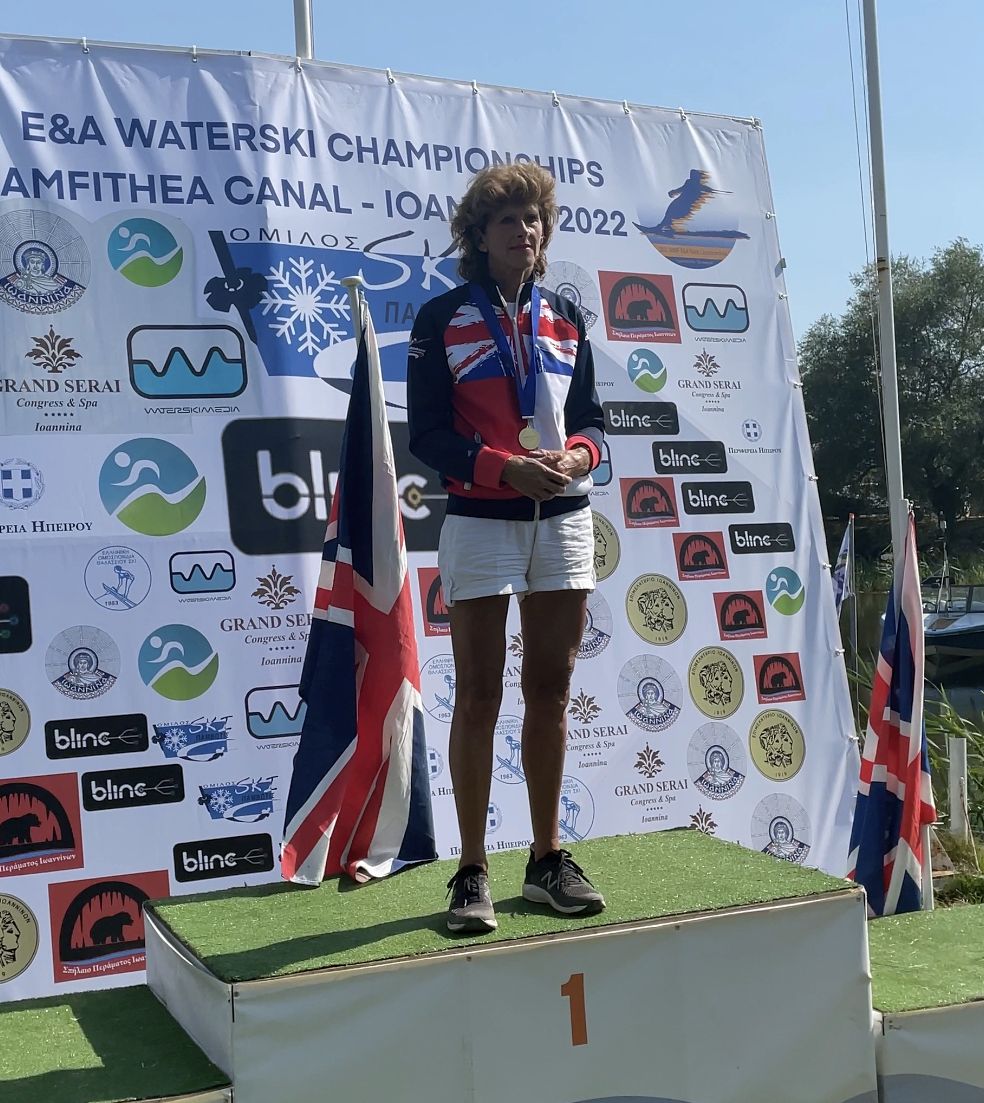 The four medal winners were joined in Ioannina by an experienced team consisting of Beverley Stephenson (+45 slalom), Dusko Lukic (+45 slalom and tricks), Rodney Rowlands (+45 overall), Stuart Scott-Ely (+55 slalom), Simon Wooldridge (+55 overall) and Martin Winter (+65 slalom). Beverley, Dusko and Rodney, who all qualify to ski in +55s, competed in the younger category to maximise the number of points that could be scored for the GB team. The team finished 5th out of the 16 countries competing. 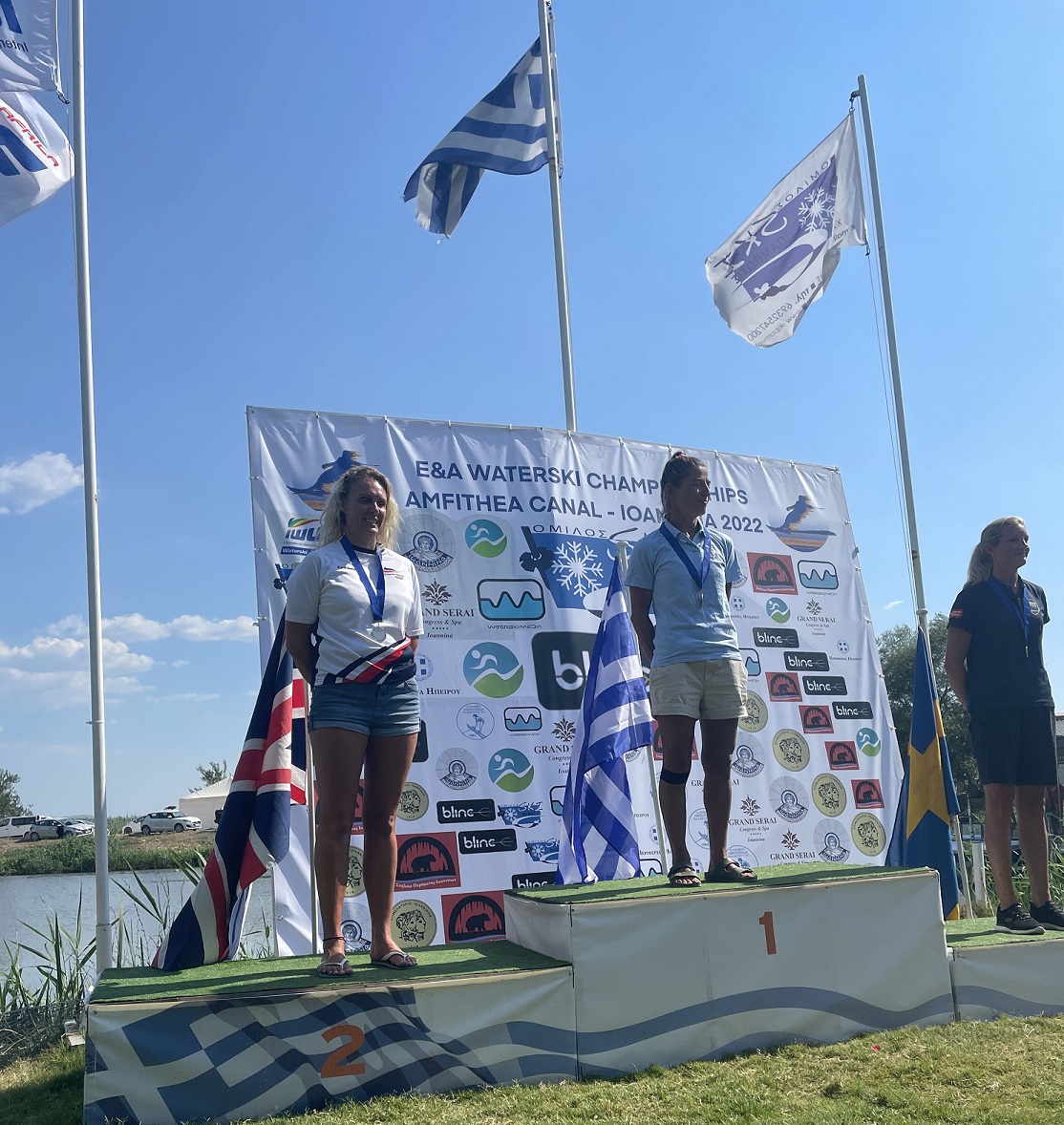 Special recognition also goes to the owners of 4 Lakes Waterski School in the Cotswolds, Samantha and Jamie Bloemsma, who were in the medals. Samantha won bronze in jump and overall for South Africa and Jamie won bronze in slalom for the Netherlands.

The results will give the GB team and individual skiers confidence going into the World +35 Championships, which take place in France in September. 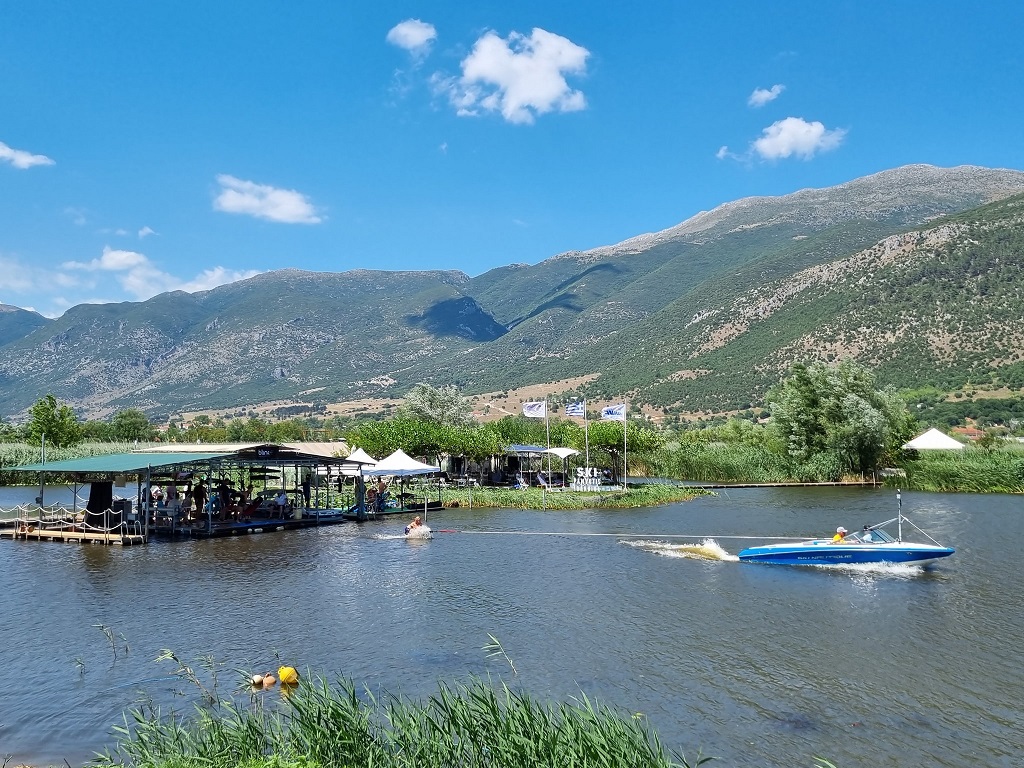 Next week Team GB’s U14 and U17 skiers head to the same site in Greece for the European and Africa Youth Championships where Gavin Kelly will be back to officiate as a judge.